An Overview of Solutions to
Basement Moisture Problems

The best way to approach any building problem is to first do the
things that are easy and low cost. Then proceed in a logical order doing
the next least costly technique with the most positive likely result.
With moisture problems, the best approach is almost always to remove or
control the source of the moisture, not to try to stop it at the last
line of defense.


First, the simplest and least costly techniques are to remove
excessive internal moisture sources in the basement (humidifiers,
cooking) and ventilate other sources (clothes dryer, bathroom). Second,
if condensation in the summer is the problem, do not ventilate the
basement directly with warm, humid air. Ventilation through an air
conditioning system or with a dessicant-type heat exchanger is
recommended.


Dehumidification can be used as a means of reducing the symptoms of
humidity and odor in a basement, but it is not a permanent or complete
solution. In fact, if a dehumidifier is used in a basement with moisture
problems, it may cause greater damage. By drying out the basement air,
moisture is drawn into the basement more rapidly causing efflorescence
and spalling of concrete and further damage to interior finishes.


It is appealing to solve a basement moisture problem with a membrane
or coating on the inside. It is less expensive than a drainage system
and seems to work for a time in some cases. The water is still there,
however, and eventually these systems deteriorate or simply move the
water to another pathway into the basement.


The recommended approach after removing interior moisture sources is
to evaluate the gutters, downspouts, and surface grading around the
house. These should be corrected first and may solve the problem. Then,
if a moisture problem persists, proceed with an interior or exterior
drainage system. All of these techniques are described in the remainder
of this publication. If your goal is to finish a basement that has water
problems, it is recommended to first deal with the water problem.


An active sub-slab depressurization system including a washed-rock
layer below the slab is recommended. This draws moist air from beneath
the slab and may help to reduce the amount of moisture vapor that enters
the home through openings in the slab. It also assists in controlling
radon and other soil gases. Sumps and other open connections to the
soil outside the foundation and below the slab should be blocked and
sealed.


More information on soil gas management can be found in “Building Radon Out,” a booklet available in electronic format (PDF) from the Environmental Protection Agency.

The most effective of the interior drainage systems is a
perforated drain pipe installed inside the perimeter of the footing.
This requires removing and replacing concrete at the slab edge. By
placing the drain pipe beneath the slab, it drains the area to a lower
level. Similar to an exterior system, the drainage pipe connects to a
sump. The sump should have an airtight, childproof cover. A critical
component of this approach is the dimpled plastic sheeting placed at the
base of the wall and beneath the slab edge. Dimpled sheeting is similar
to a small egg crate and permits free drainage of the wall into the
drain pipe. It is less expensive than many specialized drainage channel
systems. In low permeability soils, this system cannot accept rising
groundwater unless there is an aggregate layer under the slab.


It is recommended that this approach be combined with an active
soil gas management system that connects with the sump and perimeter
drain pipe.

All In One Home Inspection LLC 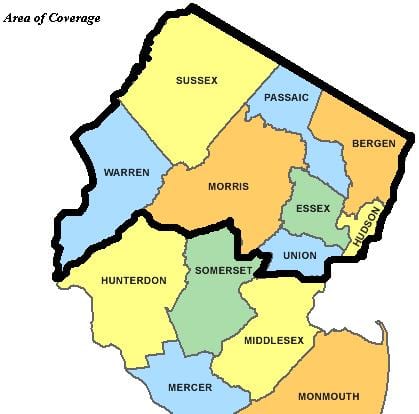 Big or Small, We Inspect It All!